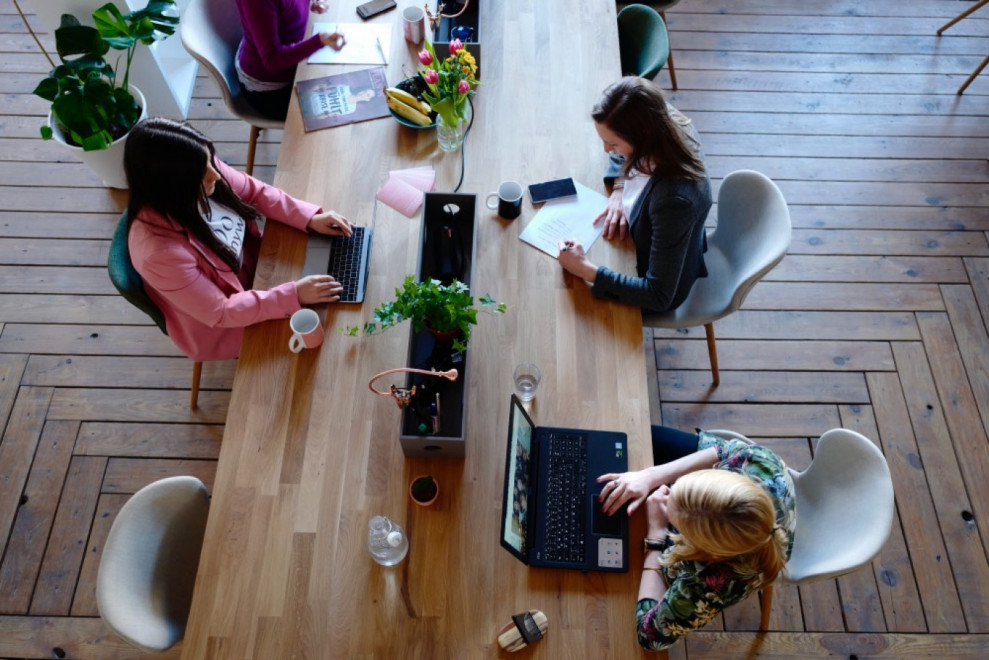 Until now, management was dominated by the approach of economizing the use of organizational space. It manifested itself in the widespread use of methods and techniques for organizing work processes in space, within which the main criterion for the arrangement of objects was to minimize the function of flows between workstations and, in general, to reduce the cost of owning and using corporate spaces.

An example (though not the first and not the only one, but probably the best known) of use by Google space as part of the process of influencing employees in order to stimulate their creativity and increase their involvement, showed the unused potential of this component of the organization.

Information and communication technology instruments used by people are changing the way they function. These transformations also include the organizational dimension and the professional sphere. Not only the methods and techniques of work are changing, but also the space in which they are carried out.

The essence of hybrid space

Hybrid space is a space that combines certain specific properties, features and attributes of its various types. An example may be the space of small businesses, whose headquarters are located in the homes of their owners. These are rooms that fulfill - through appropriate arrangement and equipment - office functions, but are also used in everyday family life. Nowadays, the term "hybrid space" is most often used to refer to the interpenetration of the real (physical) and virtual (digital) dimensions.

A clear example of such a combination are attempts to introduce solutions in the field of digital technology (e.g. tactile monitors, three-dimensional holograms) as a complement to the spatial arrangement of a given place.

More flexible conditions for performing tasks allow for greater efficiency. Investing in the cultural and behavioral elements of flexible work becomes crucial. We read that today "every employee is bionic" because "technology increases our knowledge, memory, efficiency, transparency and reach."

There is therefore no doubt that flexible working environments that meet the needs of employees are the future. However, this requires building a culture of trust so that the employees receive autonomy, but also responsibility for carrying out their professional tasks in a way that best suits their work patterns. "This means giving younger workers the critical professional development they need when so much of their knowledge comes simply from being around their more experienced colleagues."

It is time for many companies to think radically about the work organization model. Many entrepreneurs have already come to the conclusion that unused space in offices currently pays little return. This is why it is to be expected that these spaces will be redesigned and reused as areas to generate ideas, collaborate and give employees a sense of identity. Home and team workplaces will gain in importance and investments will extend beyond office walls to create flexible, collaborative and technologically advanced personal workplaces. It is important to create an environment that motivates hybrid workers to be productive.

Solutions functioning within the hybrid space of an organization should be composed in such a way as to serve the following feelings and attitudes:

1. Sense of identity in the space of an organization - creating an identity consists in developing the potentials that constitute the essence of a person, which in the course of this process becomes a personality. The obstacle may be the contradiction between what human nature offers and what culture and civilization demand. In the case of these differences, their development is associated with the fact that a person will remain misunderstood and alienated, hence the desire to search for similar communities with a common level of values, which become points of support and evoke a sense of loyalty to the group. In the case of dissimilarity, there is a secondary sense of identity resulting from the need to adapt to customs and traditions, then the natural human desires may melt, including the desire to be creative. It becomes necessary to organize the space enabling the search for one's own identity, which is the source of internal dynamics. A creative approach to life evokes a feeling of being a subject and a free creator, and the pursuit of development enables a continuous increase in awareness and the realization of true values ​​that are supported by intellectual development.

2. Feelings of security - the family is the primary source of being, enabling escape from the fear of alienation, gives the opportunity to contact another person, which is why the act of getting to know oneself takes place. It is recommended to introduce artifacts related to the family in the workplace, to shape relationships close to family ties and imitate them, as they make it possible to ensure the priority of human dignity over civilization, which is a condition for implementation based on the values ​​of a full personality.

3. Stimulating compassion - this is the most important task to fulfill in space, its users should perceive it in a comparable way, hence the recommendation to shape it based on common cultural patterns; then it is possible to interpret it combined with recalling the common plane of values ​​for users, both conscious and unconscious. Additionally, in a space that people intuitively identify as known to themselves, it is easier to feel safe. Creating compassionate spatial solutions should proceed in two ways:

a. be based on the construction of clear, universal rules in a given space on the basis of common cultural patterns;

b. their form and shape should be developed together with the members of the organization, so that they feel like rightful users of the jointly shaped space (this purpose can be served by various actions that domesticate the space: joint design workshops, planting plants, organizing office celebrations combined with joint games, etc.).

4. Enabling relations with loved ones - ties with the closest ones, that is family, acquaintances, friends, are indispensable in the set of relations of an individual with the environment, and they are the determinants of recognizing the space as friendly; in its design, they can subconsciously suggest patterns of solutions for individual elements. The given person makes such spatial choices that will enable and facilitate contacts with loved ones (although in reality it may turn out that due to the conditions of the functioning of a given organization, they are unlikely). In this dimension, as it results from human needs, it is natural to prefer small spaces that freely stimulate interpersonal relations. At the same time, people from the outside are introduced into such a space, but then they are treated as guests whom one wants to meet; it is important to keep the right proportions so that "strangers" do not dominate such a space.

5. Openness to art and its improvisation - artistry and aesthetics of space influence the induction of mental states favorable for human activity, namely relaxation, stimulation of the imagination and active observation. Copies of painting masterpieces presented in the workplace can be treated as a key to induce reflection in the viewer, putting him in a state of targeted relaxation, which makes his analytical considerations more abstract and holistic. In order to increase the creative impact of space on the user, the current viewer can be invited to various types of spatial events carried out by the organization, thanks to which we give him the possibility of creative self-expression.

Pointing to the possibility of achieving the above-mentioned attitudes, behaviors and feelings thanks to spatial solutions is an expression of recognition of the role of space that stimulates humans. There are various activities resulting from the psychophysical determinants of human functioning, increasing the level of employee involvement, and in particular creativity.

Easy Steps To Successfully Recover After A Layoff 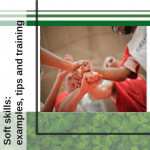 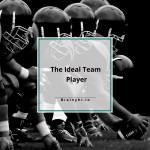 How to Build an Effective Employee Management Process