10 problems of fast growing companies: why is business scaling so difficult? 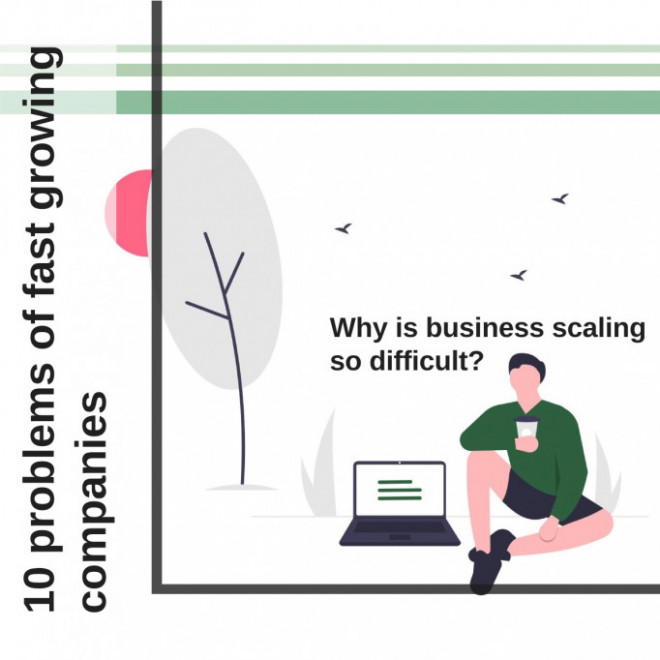 2020 will be a difficult year for businesses around the world due to new market challenges as well as visible signs of a possible global economic crisis becoming more apparent due to the spread of the coronavirus. These factors overlap with common problems faced by fast-growing companies, which make their operations even more difficult. So let's talk about how business automatization can help navigate the new business reality and the most common business problems of fast growing companies.

Overload of some departments

Some departments or some people in the company are overloaded and complain: it's a pity that the day has only 24 hours, because we still have too much work on our heads. What does it come from? This is due to a lack of planning or inadequate planning. The reason is also the lack of a formal structure, which means that some people allow themselves to be put on their heads or take too much on their heads, and other people may not be fully developed. If there is no transparent structure in the company and it is not known who is responsible for what, it is also difficult to separate the work at the start, because it is not known what will happen during the course and it is not known who will take over how much of this pool. It may also be that our people simply cannot organize their work, that no one has taught them how to do it, and that is their problem.

In a small business, certain departments or people may be overloaded due to lack of planning or inadequate planning. Without a transparent structure and it is not known who is responsible for what, it is also difficult to separate work at the start.

Another problem that emerges in growing companies is wasting time extinguishing fires, reacting to the current situation, and this is due to the lack of planning on the one hand and the lack of strategy on the other hand. The company's strategy tells about what is important to us, and at the same time what is not important to us. When we have such a strategy, then we are able to determine what is part of our strategy and what needs to be dealt with, and what is beyond our scope of interest and what we can safely let go of. This immediately eliminates some tasks and reduces the burden of tasks that are strategically irrelevant from our point of view. It may be that the organizational culture of our company, even if it is completely unaware, promotes such firefighters, people who react immediately to what is happening, make a lot of noise around it. On the one hand, it is good that there are such people and if there is a fire, someone has to extinguish it, but on the other hand, if such people are set as an example and praised, then we only ask, as entrepreneurs, to there were more, because the more fires, the more opportunities for employees to show themselves.

Employees do not know who is responsible for what

The third problem is that employees don't know who is responsible for what. The reason here is the lack of an organizational chart, the lack of responsibilities of individual employees. The reason for such problems may also be poor relations between employees, it may be that there is poor communication and therefore people do not share information about who, for example, is going to take care of a given topic and suddenly it turns out that the same two people work independently, or there is something that nobody took care of, because nobody felt obliged.

Employees are not aware of the company's long-term goals

The next problem is the lack of good managers. Where is it coming from? On the one hand, we do not train our employees to learn management. If I have a good employee who performs his tasks excellently and I make him a manager in recognition of his merits, what can happen? It may turn out that the employee who was a great performer of a given job will feel obliged to continue to do it even better, because he will feel that if he delegates this task to someone else, it will not be so well done. So it is important that if we follow the path of internal promotions, if we want our great employee to become a manager, then we should prepare him for this role and teach him to delegate and coordinate the work of other people. The lack of good managers may result from the fact that the owner, on the one hand, appoints such managers, but on the other hand, does not give them a free hand, controls all their moves. It happens that the owner says: I hired managers, but it was a complete misfire, they did not work at all. If you want managers to prove themselves, you have to give them a free hand, you have to delegate not only tasks to them, but also responsibility for the decisions made, otherwise they will not be able to do anything - you will have new employees to whom you will have to explain everything and hold the hand, not the people who will run part of this business for you.

If we follow the path of internal promotions, if we want our great employee to become a manager, then he should be prepared for this role and taught to delegate and coordinate the work of other people.

Employees feel on their own

Another problem is that some employees or departments feel they are on their own, assuming that if I don't do it right, no one will. The most common reasons for such a situation are the lack of clearly defined roles in the team, the lack of responsibility and written relationships between individual positions, but also weak managers who are unable to manage the team.

According to employees, meetings are a waste of time

The next problem is that the company has no plans, and if they are, they remain only on paper and no one is implementing them. If this is the case, the reason may be the lack of internal control, because if we have prepared a plan, but no one is implementing it, it means that we lack an element of verification whether employees, managers, and the company are actually following the plan. Perhaps the problem is also the lack of training in setting goals, achieving goals and assessing the degree of achievement of these goals, because it is not enough to say to people: "let's implement such a plan", they also need to be taught how to do it, not everyone has to know how to do it.

Another problem is the fact that some employees feel insecure in the company and this is a consequence of all previous mistakes. If employees feel that the meetings do not bring anything, if they are not aware of why this company is operating, if they see that there are no efficient managers, they feel that the company is chaotically managed, they feel insecure in such a company and no wonder.

Sales are rising and profits are falling.

The tenth problem for growing firms is that sales are rising but profits are falling. This is the result of the entrepreneur's approach that if sales increase, profit must also increase. The reason for this approach is not keeping track of the financial situation - by the financial situation I mean not only revenues, not only the amount of invoices issued, not only the account balance, but also the margin level, profitability of our business, here I refer you to the episode by Adam Grzesik, link to it in our notes, we talked about the company's budget and this is indeed one of the most popular episodes of the Small Big Company - I recommend it, because that's where we talk about these financial aspects of running a business. The reason why revenues go up and profits go down may also be because we don't have spending limits when it comes to sales and promotion. It may be that employees have learned how to do that, if we are to get a client, all expenses are justified and then we are on a straight path to simply overdoing these expenses.

If you want to know how you can help your organisation become better and implement management strategie read this article here. 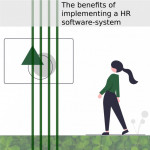 The benefits of implementing a hr software-system

Why HR should have analytical thinking and how to develop it? 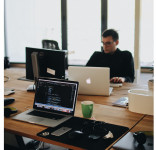 Easy Steps To Successfully Recover After A Layoff